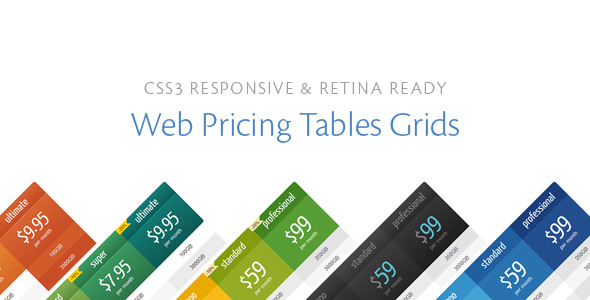 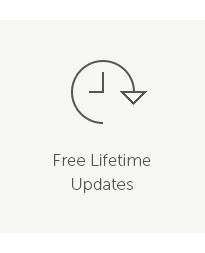 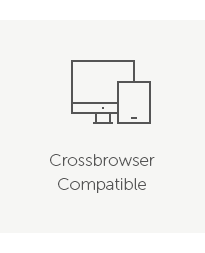 This version is dedicated for any custom CMS based site as well as for non-CMS site and will work with straight HTML or PHP based websites.

Pricing Tables are 100% HTML/CSS based which means there is no JavaScript, no images and icons are font based.

Pricing Tables are fully responsive and adapts perfectly for any mobile device.

Pricing Tables are retina ready. Your table will look crisp no matter the display your user is on.

Set any column as active (popped-up) by default.

Each column comes with hidden by default ribbon that you can show with your custom label. Ribbons are CSS based and editable via CSS.

You can add simple CSS tooltips to data in table cells.

Pricing Tables comes with 20 yes/no or tick/cross icons you can use in table cells. Icons are font based and editable via CSS.

This Item is Supported

Support is conducted through our Support Forum. We’re in GMT +1 and we aim to answer all questions within 24 hours in weekdays. In some cases the waiting time can be extended to 48 hours. Support requests sent during weekends or public holidays will be processed on next Monday or the next business day.

We are a team of passionate people with 15+ years of experience and 9+ years of our presence on Envato Market. We specialize in WordPress, design, and development. Please follow us to stay up to date as we continue to craft our works.

What Others Are Saying

QuanticaLabs provided me with excellent support for this item. I had a small problem placing the table’s html into WordPress. QuanticaLabs responded to my issue within hours and helped me fix the problem.
1702mike

I had a problem with the fonts and QuanticaLabs gave me in a few hours the right code to fix it. Now the pricing table looks very nice. Thanks for the help!
saradelvalleruiz

Hello Guys, I have already bought your pricing tables, REALLY… REALLY AMAZING so PROFESSIONAL… Thanks for doing this kind of Job. SO glad that people so “pro” like you put this work so affordable for us, REALLY THANKS… i am so happy!
PolDaddy

This Product Has Been Featured On