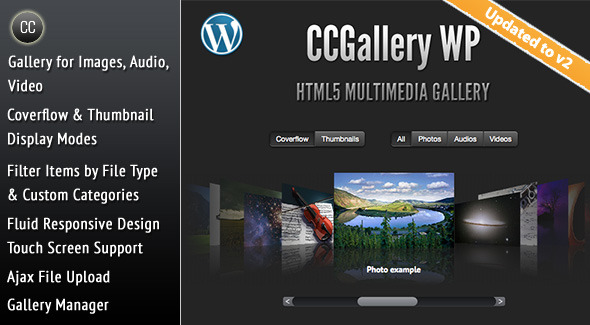 CCGallery WP makes it easy to embed the CCGallery HTML5 Multimedia Gallery, in your WordPress theme. It displays all your images, audio files and video files in a sleek and attractive interface. You get to browse the items in Coverflow mode or in a Thumbnail grid mode. You can easily switch between the two display modes and can even filter the items by displaying only images, or audio files, or video files. Filtering of items by custom categories is also supported. Also CCGallery incorporates a responsive design so that the gallery display fits in various screen sizes ranging from mobile phones to desktop browsers. CCGallery has been designed in such a way that it is extremely easy to browse through a large number of items and also with enough eye candy!

The key features are: 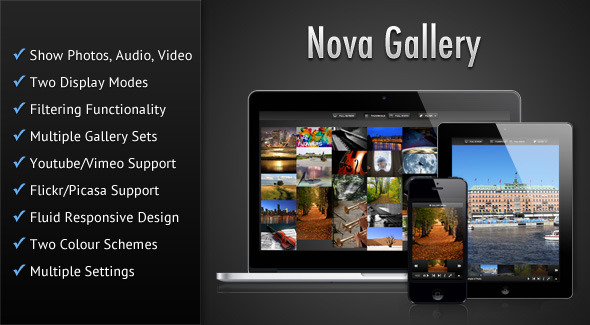