Half of the children in the United States suffering from any kind of mental disorder remain untreated, revealed a recently published study. The researchers analyzed data gathered from the 2016 National Survey of Children’s Health, a nationwide survey administered to the parents of young adolescents.

The findings revealed that out of the 46.6 million youngsters in the age group of 6 to 18 years, whose parents filled the survey, around 7.7 million teens were suffering from at least one type of mental health issue like anxiety, depression, or attention-deficit/hyperactivity disorder (ADHD). Also, a year before this survey was conducted, only half of these children received counselling or any kind of treatment offered by a mental health provider.

The survey further showed that the percentage of young teens diagnosed with a mental health disorder and not receiving any treatment from a provider fluctuated extensively between 72.2 percent in North Carolina and 29.5 percent in the District of Columbia. The findings featured in the journal JAMA Pediatrics in February 2019.

What do child and adolescent psychiatrists have to say?

Co- author Mark Peterson, an associate professor at the Michigan University (Medicine) said that he pondered upon the conditions affecting children at a young age in a comprehensive manner. But he was shocked to see such a high percentage of young teens not receiving mental health treatment in the U.S.

However, child psychiatrists did not seem too surprised with the results. Dr. Barbara Robles-Ramamurthy, an adolescent and child psychiatrist at the Long School of Medicine at the University of Texas (UT) Health Science Center, San Antonio, said that unfortunately, this was not news to her. In fact, she was well-versed with the fact that the percentage of young teens with mental illness who remained untreated in the U.S. was quite high.

Explaining further, Dr. Jennifer Mautone, a consulting psychiatrist at the Department of Child and Adolescent Psychiatry and Behavioral Sciences, Children’s Hospital of Philadelphia, said that the families and the children with mental illness face a number of challenges when it came to accessing mental health treatment services, thus contributing to the high rates of not receiving treatment.

The American Academy of Child and Adolescent Psychiatry (AACAP) revealed that the United States was facing an extreme dearth of practicing child and adolescent psychiatrists. According to the available data, there were fewer than 17 health care providers per 100,000 teenagers.

This indicates that a lot of families needed to wait long to receive treatment, which deteriorated the primary mental health condition of the affected child. Also the qualified providers available faced significant challenges while interacting with other existing systems responsible for the care of these children. Some of these systems included the health care, education, child care, and the adolescent judicial system. All these systems were supposed to take care of the child, but none of them interacted with each other, resulting in half-hearted care.

A ray of hope

A lot of pediatric health systems have started integrating mental health services into their practice, to promote timely intervention of mental health services to kids. Even the mental health providers, by integrating themselves with the pediatricians, leverage the already prevalent trust factor of patients and are able to reach out to families in a familiar setting. One such program was the Healthy Minds, Healthy Kids Initiative at the Children’s Hospital of Philadelphia, headed by Dr. Mautone.

In the last two years, this initiative managed to cater to more than 2,500 patients. Robles-Ramamurthy, considered this as a positive breakthrough. Yet there is a lot more to be achieved, she feels. A lot of families still consider the presence of a mental illness in their family as a personal failure and are scared of addressing them because of the fear of the associated stigma. The work towards destigmatizing mental illnesses has really started only a decade back. Another hurdle that the parents face is insurance cover. Some of the teens are covered, while others are not covered adequately.

Mental illnesses, when untreated in young adolescents, pose serious threats to the community, including unemployment, poor performance in school and life in general, and high suicide rates. At ADEONA Healthcare of Rancho San Diego, adolescents aged 12 to 17 receive comprehensive behavioral treatment programs for mental disorders and related issues. The facility offers a combination of individual and group therapies crucial for the successful treatment and recovery from mental disorders. 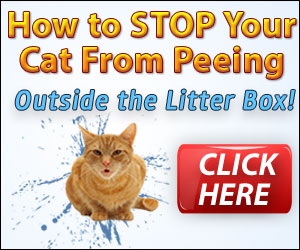